Our vision is a connected and collaborating California anti-trafficking community committed to preventing human trafficking, protecting victims and providing resources to survivors.

Our mission is to defend the freedom of every person by empowering the people of California to fulfill their obligation to stop human trafficking and encourage statewide collaboration.

In November 2012, voters passed Proposition 35 (the CASE Act), a California Against Slavery citizen initiative with over 81% approval, making it the most popular initiative since Californians began the process in 1914. More than 10 million Californians said that day, “We stand together to prevent the exploitation of our children, protect those exploited by others, and relentlessly pursue those who allow their lust and greed destroy people’s lives.” Committed to making sexual exploitation the riskiest business in California, Prop 35 increased fines and prison terms for exploiters, mandated law enforcement training, and removed the need to prove force to prosecute child sex traffickers.

California Against Slavery envisions a future built upon this historic legacy. A Connected and Collaborating California. A state-wide network of anti-human trafficking organizations and agencies. Working together, sharing resources and expertise, supporting common initiatives, uniting for legislative action, raising awareness in our communities, providing trainings and referrals for survivors. 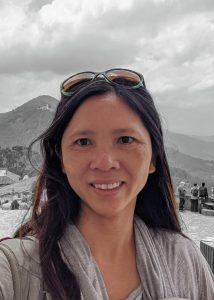 Founder and Board of Directors

After watching Dateline’s “Sex Slaves in America,” Daphne was devastated to learn of the continuing injustice that trafficked victims face in the judicial system.  She founded California Against Slavery in 2009 to put an initiative on the ballot. In partnership with Chris Kelly in 2012, CAS sponsored Proposition 35 (California Against Sexual Exploitation Act), a historic ballot measure to to stop human trafficking and sexual exploitation. It passed with 81.3% voter approval, highest in California initiative history.

In 2014, Daphne became a foster parent. Her foster child has since been successfully reunited with his biological family. She got firsthand experience into the foster system and its shortcomings. Daphne has a BA from Reed College and an MBA from Mills College. She has careers in finance, data analysis and product management. 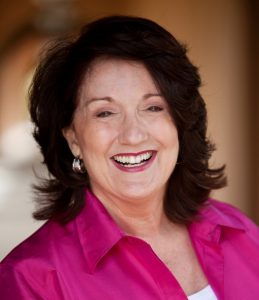 Ginger’s drive to end human trafficking began with an overseas trip through World Concern International to study education, child protection, and economic development programs for women and children-at-risk. That first-hand view of the personal, familial, and societal devastation of labor and sex trafficking led to her work as a World Concern field representative leading multiple overseas trips to Bangladesh, Cambodia, India, Laos, Kenya, and Thailand in support of national workers through communications, training, and donor development.

In 2011, Ginger connected with California Against Slavery (CAS) during the Prop 35/CASE Act campaign, acting as volunteer coordinator for San Diego County. Serving as a driver/team mom for CAS road trips, she built connections with dedicated advocates and service providers across the state. As the executive director of CAS, she now combines her experience as community organizer and legislative advocate with her passion to protect the vulnerable and end exploitation. Ginger served as vice chair of the San Diego Human Trafficking/CSEC Advisory Council and currently sits on the San Diego County District Attorney’s Crime Victim & Survivors Advisory Board. She has been named a Mission Hero by Soroptimists Together Against Trafficking, won a Beauty for Ashes Award from Point Loma Nazarene University’s Center for Justice & Reconciliation, and received an honorary doctorate from California State University San Marcos for her passionate dedication to end human trafficking. 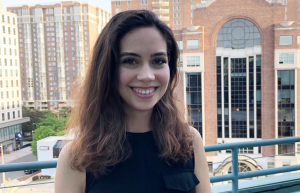 Luz Aramburo joined CAS in June 2018 and is currently Assistant to our Executive Director. Luz caught the vision, accepted the challenge, and compiled the majority of the organizations listed in our directory. She made it happen! She has also been instrumental to the design, flow and content of our new website.

Luz studied Business Administration at Point Loma Nazarene University and worked at the schools Center for Justice and Reconciliation for two years. During that time, she worked a variety of roles with HT-RADAR Conferences, Beauty for Ashes Fundraiser, kNOw MORE program and other events. She was also Research Assistant for the Justice Research and Statistics Association, reading 100 sex trafficking cases. She loves the movement and wants to encourage organizations to collaborate and share their knowledge of the field. 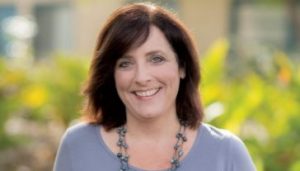 As the Director of External Relations and Development at the Center for Justice & Reconciliation (CJR) at Point Loma Nazarene University, Kim's focus is on building awareness and support for the Center’s human trafficking initiatives. San Diego was identified by the FBI as a hot spot for child sex trafficking, and the CJR is at the center of the region’s efforts to change this designation. She was the founder and owner of Canopy Marketing, a web development and branding company that she sold to pursue a calling to anti-trafficking work.

In 2014 she helped launch the Beauty for Ashes Scholarship Fund, a scholarship for survivors of human trafficking that has celebrated three college graduates from PLNU. She is also responsible for launching a network of PLNU alumni who support the mission of the CJR, building a donor base for the scholarship, connecting community members to the work of the CJR and advocating to empower
others to take their unique spot in the work to end human trafficking.